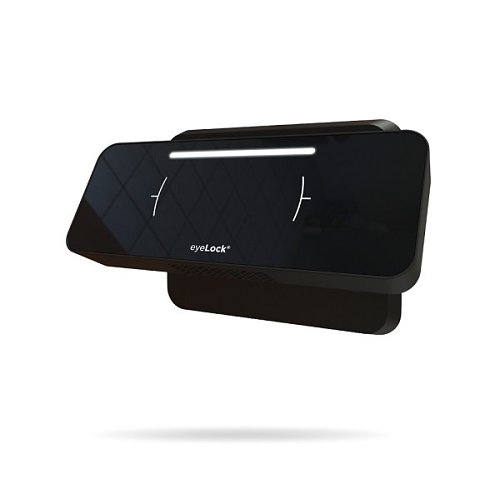 EyeLock uses video-based technology to look at more than 240 unique characteristics in each iris. In real-time, EyeLock’s proprietary algorithm converts the characteristics to a code that is unique only to you. The code is encrypted—this is your unique template. Each time the user looks at an EyeLock product, an EyeLock algorithm matches the newly created template to the existing template in just seconds. The EyeLock platform has been developed to adhere to a specific chain of provenance in order to authenticate. EyeLock’s algorithm first establishes liveness, then initiates the process of authentication.

nano NXT® — the innovative EyeLock access control solution. nano NXT® renders all other access control peripherals obsolete by revolutionizing how identities are protected, authenticated, and managed. With a sleek low profile and powerful capabilities, the nano NXT® redefines the access control systems. A SDK is available to customers who want to customize their security solutions to integrate seamlessly with existing applications. The nano NXT® authenticates up to 20 people per minute with unparalleled accuracy. nano NXT® can be used in a variety of environments including commercial/enterprise, corrections, data centers, education, financial services, government, healthcare facilities and hospitality.