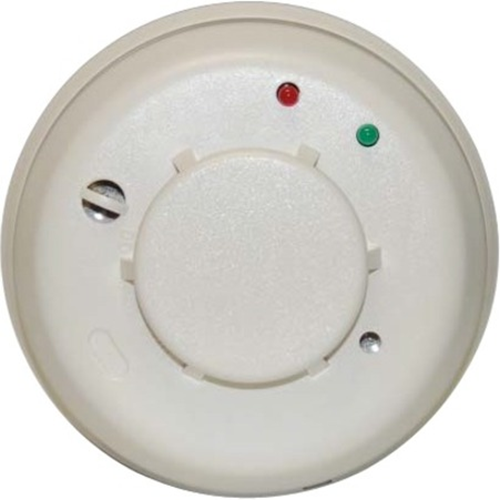 The wireless smoke detector features an onboard sounder, a smoke sensor, an LED indicator and local test capability to allow the user total visibility of its functionality. It is self monitoring, alerting the user when sensor maintenance is needed or batteries are low, and automatically supervising the radio link.