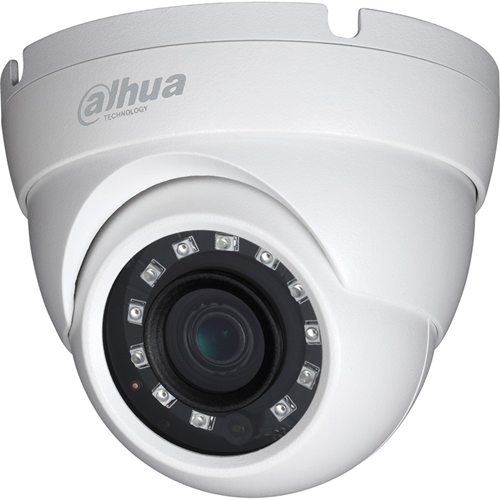 The 1080p HDCVI camera leverages existing coax infrastructures to deliver forensic-level images seamlessly and over long distances. The camera uses next-generation ISP chip technology developed by Dahua to deliver stunning video and broadcast-quality audio. This home-grown ISP features the latest image processing algorithms and is optimized for surveillance camera operations. With total control of the ISP features and production, Dahua can offer the latest security systems at a cost-effective price.

HDCVI technology simultaneously transmits video, audio and data over a single coaxial cable. Dual-way data transmission allows the HDCVI camera to communicate with an HCVR to send control signals or to trigger alarms

The camera is designed with microcrystalline LED IR illumination for low-light performance. Smart IR is a technology to ensure brightness uniformity in black and white images under low illumination. Dahua's unique Smart IR adjusts to the intensity of the camera's infrared LEDs to compensate for the distance of an object, and prevents IR LEDs from overexposing images as the object come closer to the camera.